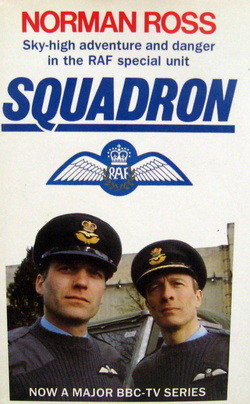 Squadron was a one-off. I wrote it under the pen-name of Norman Ross because the characters and original story were not mine.

Squadron had been a hit television series for the BBC but its appeal was in the flying sequences and when it came time to ‘novelise’ it, the publishers realised that the flyers’ life on the ground was a bit thin.

I was asked to build up the back-story and flesh out the characters but I never claimed real ownership of the work.