​​England’s world-renowned novelist, Sir Daniel Marston, has been murdered to stop him revealing in his memoirs shameful secrets about leading political families.

A biographer is picked to carry on the task but there is trouble ahead. His sex life has been intertwined with Marston’s, and his research team includes Lady Anna who has been married to both of them.

The investigation takes them to Paris, Marseille, Rome and Los Angeles, as well as to a remote corner of the Republic of Chad.

To add to the dangers,  one of the threatened families has hired an infamous arsonist to make sure the project never gets completed. 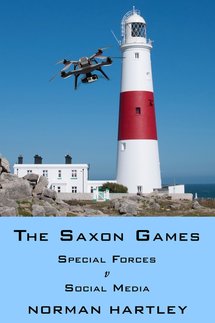 ​ The Saxon Games
How dangerous is fake news?
​This gripping contemporary thriller contains the blueprint for a devastating campaign of fake news and social media lies which almost destroys a group of tough, resourceful special forces and intelligence professionals  – until they find ways to fight back on their own terms.

​Set in Weymouth and Portland during the Sailing Olympics.

From the Senior Coxswain
Weymouth Lifeboat

“I have read your fantastic book,‘The Saxon Games’ and thoroughly enjoyed it.
Spot on with the location and technical details from our perspective.
Looking forward to the next instalment.” 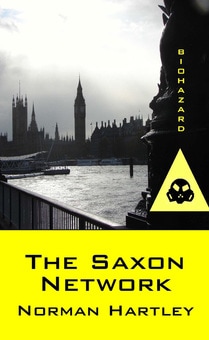 Former British Intelligence officer John Saxon has been framed and disgraced. On the run, with no resources and powerless to investigate a terrorist conspiracy, he is saved by a group of friends from Special Forces who become known as The Saxon Network. They team up to get him out of trouble and block an attack on London.

For more details Click here
Praise from the Army for the Saxon Network
"An easy to follow and difficult to put down story....
Full of twists and turns and very well written, I found this book excellent to read and one of the few books I’ve found in recent years that drew me in to such an extent I found it difficult to put down. In fact, I read half of it on a flight from the fabulous Edinburgh Airport on a flight to London City and the other half on the way back."