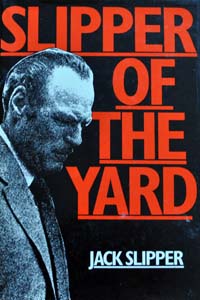 Ghosting can be fun – when you like the people you’re working with. I ghosted the memoirs of a horse-racing expert, a spy, and an ex-SAS mercenary but my favourite project by a long way was Slipper of the Yard, the autobiography of Jack Slipper, the head of Scotland Yard’s Flying Squad.

Most celebrities don’t like to acknowledge their ghost, but Jack never pretended to be able to write his own memoirs. The first instruction he gave me was to ‘write it in simple, down-to-earth language, adding, ‘if you write anything fancy, every copper in London will start taking the piss’.

My last ghost project was writing the memoirs of actor Rex Harrison, which had to be abandoned as Rex died before it was finished. Rex was not an easy man to work with but I did like his style as he would usually begin a session by saying ‘I think a glass of Bollinger would help us along.’